Let’s get this out the way. The heavy metals we’re discussing today are not of the long-haired or leather-clad variety. Oh no my friends, today we’re talking about valuable, reusable metals with high density and toxicity. The kind you’re hoarding by the millions in your homes right now. Yes, you are! Because, here’s the punch line, these metals (including lead, mercury, cadmium, zinc, manganese and lithium) are all to be found in your average battery. 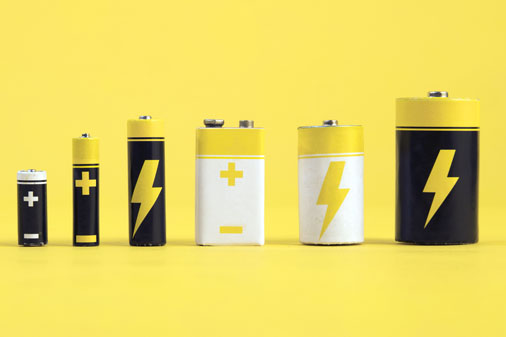 Yes, these unassuming little power-givers are packed to the brim with some pretty potent stuff with the power to poison and pollute the environment if they’re not cared for properly in their afterlife.  And new research released this week by the environmental charity Hubbub and compliance scheme Ecosurety reveals that six in ten people in the UK hoard batteries in their houses, adding up to a whopping 178 million batteries stashed in UK homes.

In heavy metal terms, the 178 million batteries are the equivalent of:

Once those millions of batteries have stopped providing the energy to power your TV remote, Scalextric or kitchen clock, they still harbour potentially dangerous substances that, when not managed properly, can pollute or poison the environment. Batteries that end up in landfill leach their toxic contents into the ground and subsequent water supplies. Not to mention that batteries left round the house are potentially dangerous choking hazards for children and pets.

James Piper, Managing Director of Ecosurety said: “In the UK, we’re lagging behind other European countries when it comes to battery recycling and in 2016 only 39% of batteries used were recycled, falling short of the 45% collection target.”

‘What can we do?’ we hear you cry! We’re so glad you asked. The #BringBackHeavyMetal campaign launches this week, encouraging people to take part in a battery amnesty in October. The idea is to drop batteries off at the nearest collection point and the powers that be take care of their safe disposal. The campaign, run by Hubbub and Ecosurety, brings together a coalition of well-known retailers including Asda, B&Q, DixonsCarphone, The Entertainer, Marks & Spencer and Morrisons to make it easier for you to recycle your batteries. The manufacturer GPBatteries and compliance scheme BatteryBack are also supporting the campaign. 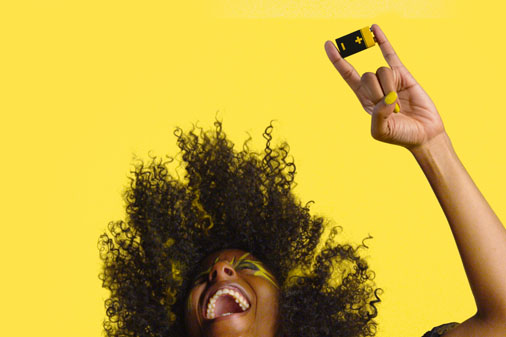 Trewin Restorick, CEO and co-founder of Hubbub said: “All supermarkets and other major retailers are obliged to have battery recycling points for customers, but these can often be hard to find.  Four in ten people said they’d like better visibility of recycling points. The #BringBackHeavyMetal campaign introduces some unmissable and fun reminders in store at participating retailers which we hope will help raise awareness of how important and how easy it is to recycle batteries.”

In the GP barn we’re keeping a battery bin, a central point in which to stash old batteries until someone can drop them off at a recycling point. Find your nearest recycling point here and learn more about the campaign and how to get involved here.