At the latest BareAll, we explored the topic of making business a force for good.

Held at Covent Garden’s Hospital Club, we started the evening at 6pm with refreshments and a bit of networking, enabling like-minded attendees to mingle, chat and understand more about each other. Afterwards, we all gathered in the venue’s Forest Room and waited for the talks to begin.

James Read kicked off by exploring what has driven him to make his digital agency a force for good.

He discussed how, a few years ago, his son, Harrison – only two years old at the time – was diagnosed with a complex form of epilepsy and that he’d been experiencing a worrying number of seizures every day. But after expert care and the right medication, Harrison’s now thankfully doing really well. It was this that inspired James to make a difference in his working life. 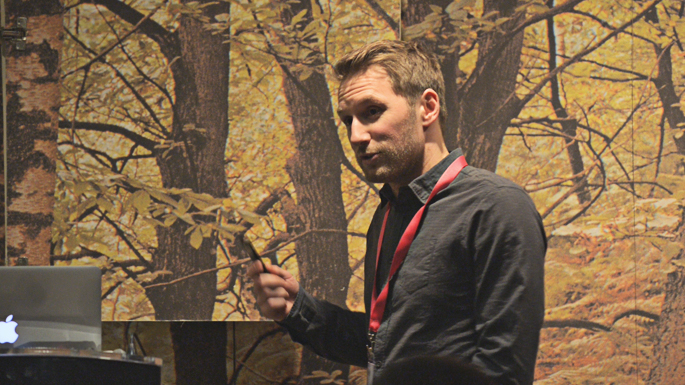 A business with whom he used to share office space also influenced him on the importance of fostering a positive company culture.

Out of these two career-defining moments, James developed: Passion for Peaches. Through initiatives like #MeatFreeMondays, #WellnessWednesdays, #FatFridays, and ergonomic chairs and quarterly visits from an office masseuse, he aims to encourage collaboration and innovation through the health, well being and happiness of the Giant Peach team.

James also said he endeavours to #makeadifference in the wider community. The agency hosts an App Design Day, which shows local school kids how to design and build an app… hopefully inspiring them to form a passion for digital. The Giant Peach team also donates computer hardware to the Marcsri Centre in Sri Lanka.

James acknowledged that, essentially, it’s his clients who are doing the really life-changing stuff. But if by working with them he can make their organisations more successful, then he’s happy he is doing his job and making the business a force for good.

Next up was campaigner and journalist, Francesca Price. She began by telling us what had influenced her to #makeadifference.

14 years ago, she had a baby and, like many driven mothers-to-be, found she became borderline obsessive with everything baby related, from food to toys, and clothes to parenting techniques. She then realised: what was the point of thinking about her daughter to this extent if she wasn’t considering the world she’d grow up in, too? She experienced (in psychological terms) cognitive dissonance – where feelings of discomfort eventually lead to a change in behaviour. Francesca moved back to New Zealand and began a series of ethically based activities, including starting a magazine and writing a book. 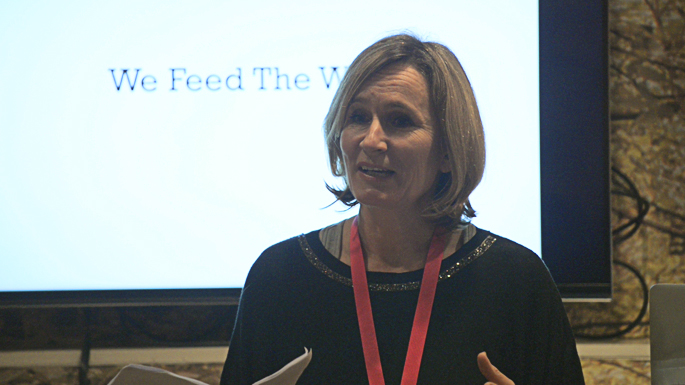 Most recently, Francesca has spearheaded #wefeedtheworld – a photographic campaign about the significance of small family farmers. Set to open at Somerset House in London and to tour regionally, it’s intended to engage a large audience, particularly younger demographics, initiating conversations about the future of our food. Lots of notable brands are already involved, such as: Yeo Valley, Pukka and Riverford. We were shown some fantastic snaps from prestigious photographers who’d been involved so far, including: Alec Soth, Nadav Kander, Marcus Bleasdale and Rankin.

Francesca pointed out that, at work, there’s an enormous opportunity to magnify our actions exponentially. For example, one principled action from the top might influence a whole team to follow suit. Making business a force for good works well as it gives brands a story… and there’s nothing more powerful or memorable than a good story.

When considering why we should focus on making our organisations a force for good in a broader context, Francesca said it was quite simple: we no longer have a choice. There’s a deep green explanation for why we must work together to create a world that’s habitable for our children and grandchildren. And for Francesca, turning what you love doing into a way that works towards a better world is the best way to achieve that objective.

Last to take the stage was John Steel, the CEO of Cafédirect. Founded in 1991, we discovered how the company was born out of crisis – the 1989 collapse in coffee prices.

We learned Cafédirect is the UK’s first and largest 100% Fairtrade drinks brand. John told us about its activity with smallholder farmers, how fundamental these farmers are and that, to a very large extent, the brand is about improving their livelihoods. They even have two growers on the board of directors. John said it was important for Cafédirect to actively involve growers in the company’s activities, rather than simply seeing them at the end of the supply chain, and the company invests its profit in them, year on year. 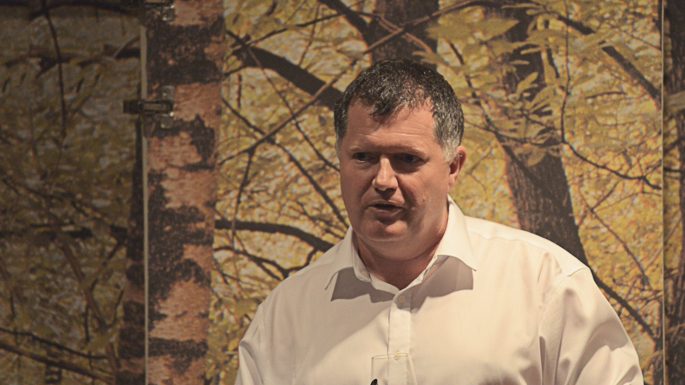 We watched a video about smallholder farmers cultivating the rare and expensive criollo cocoa bean, grown in São Tomé in Africa. It was cited as a good example of how Cafédirect has made, and how other companies can make, a positive impact on the world through commerce.

When it comes to Cafédirect ‘the brand’, John told us that his ultimate vision was great tasting drinks with an emotional slant. Although they are an ethical business, it is important for them to veer away from anything too preachy. To get a better feel for what the brand tries to conjure in the minds of its audience, we were shown an advert, which underlined the benefits of working with smallholder farmers with its tagline: While big is busy growing bigger, small is growing better. The ultimate aim of the TV spot was to get across that Cafédirect offers a great product but that it also maintains growers’ interests at heart.

We wrapped up with wine, nibbles and informal conversation between friends, colleagues and new faces.

We were really pleased with the success of the BareAll event, not to mention inspired by the speakers’ captivating talks. We hope BareAll will encourage you to consider ways you can #makeadifference, both at home and at work.

For an invite to the next BareAll seminar, drop Corrina a line at corrina@giantpeach.agency