The BareAll event was a bit of a corker this month. In all honesty, we found it hard not to leap off our chairs with an 80s air punch and a yell of ‘heck yeah!’

The evening was an inspiration from beginning to end. Each speaker had us with our chins on the floor, tears in our eyes and on the edge of seats. There’s far too much to cover in just one blog so we’re picking out the main themes here – with a more in-depth look at each speaker to follow, you lucky things.

4 ways to lead the change

1. Play by your own rules 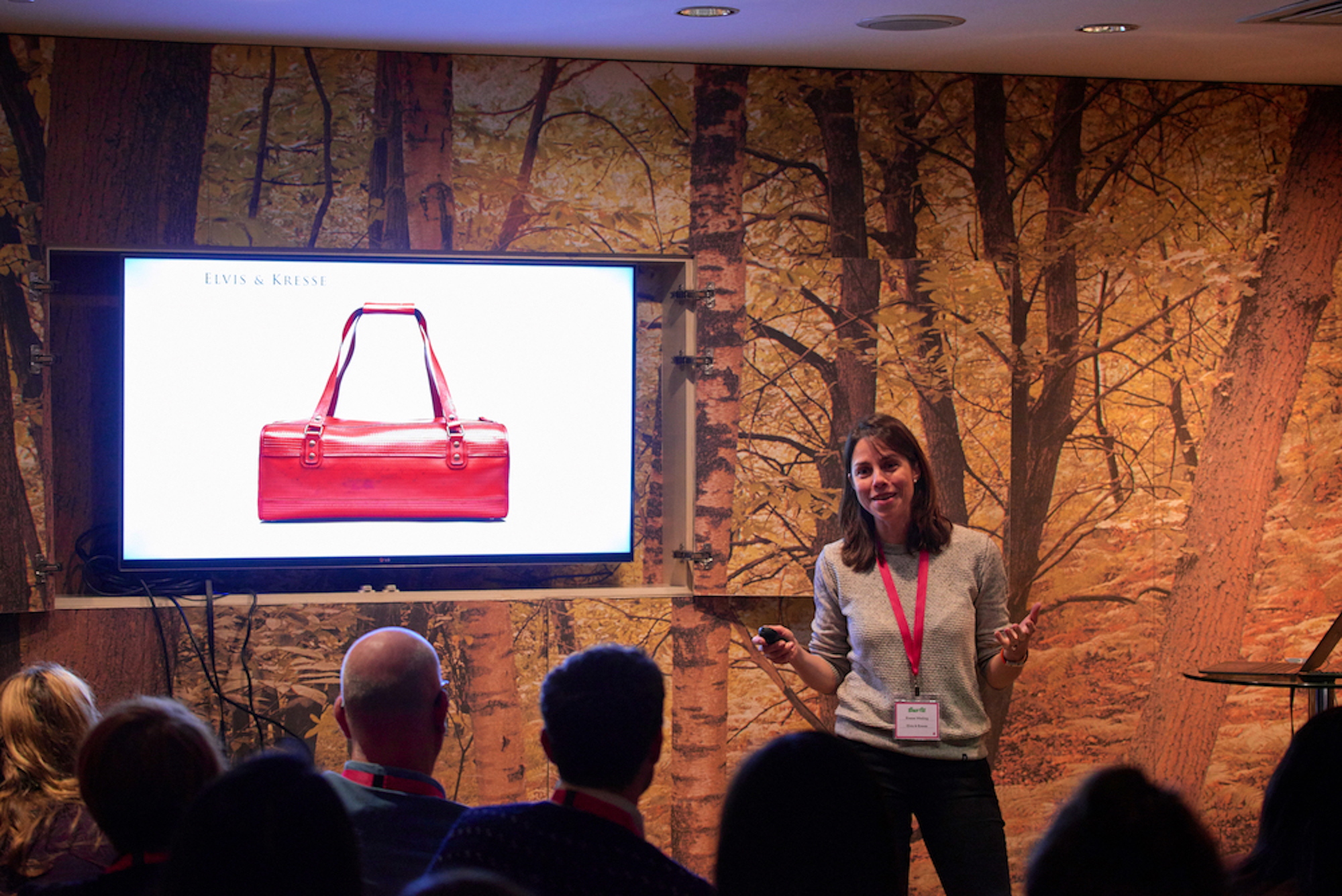 Elvis & Kresse were established following a tour of UK landfull sites, spotting ‘lustrous red life-saving fire hose’ and a chance meeting with London fire fighters. What followed was an award-winning luxury fashion brand and a business that solves the world’s waste problems.

What marks Elvis & Kresse out from the rest is their confidence in doing ‘crazy’ things. As they say on their website: ‘Design traditionally begins with an idea, for Elvis & Kresse, design begins with a problem’. They do things differently.

As Kresse explained, the promise to solve the problem of 80,000 tonnes of decommissioned fire hose was a bold one but they kept grafting till it was done. The problem of where to manufacture their luxury bags was significant after their manufacturer was bought out by a bigger company – so they set up workshops in UK prisons. Inmates are paid a wage and work towards an accreditation helping them find work once they leave. It’s not the traditional path of a luxury brand, but Elvis & Kresse never take heed of the status quo.

2. Stay true to your vision

A theme running through the event was the idea of the cause being bigger than the company. Kresse, Trewin, Saasha and Simon all mentioned they wanted the problem solved more than they wanted their business to boom, which sounds like bad business, but when you’re true to your objectives the rest (and the return) follows.

Hubbub is a charity you might not recognise but you’ll have seen their ideas come to life. Founded by eco-impressive Trewin Restorick (seriously, check his creds), Hubbub focuses on 4 key areas of real life: fashion, food, homes and neighbourhood. By engaging people in the areas that directly affect them, you mobilise them to change the world.

Hubbub have led some amazing campaigns. You might’ve seen one of their ballot bins? Perhaps you took part in the amazing Pumpkin Rescue? Ever been to IKEA? Then quite possibly the Live Lagom range may have caught your eye…

The campaigns Hubbub instigate earn them rapid growth and a turnover of £1.6m but they remain a very much behind-the- scenes presence. Anonymity doesn’t phase them. They know that strong principles and values coupled with honesty and hard work brings people and investment to them. 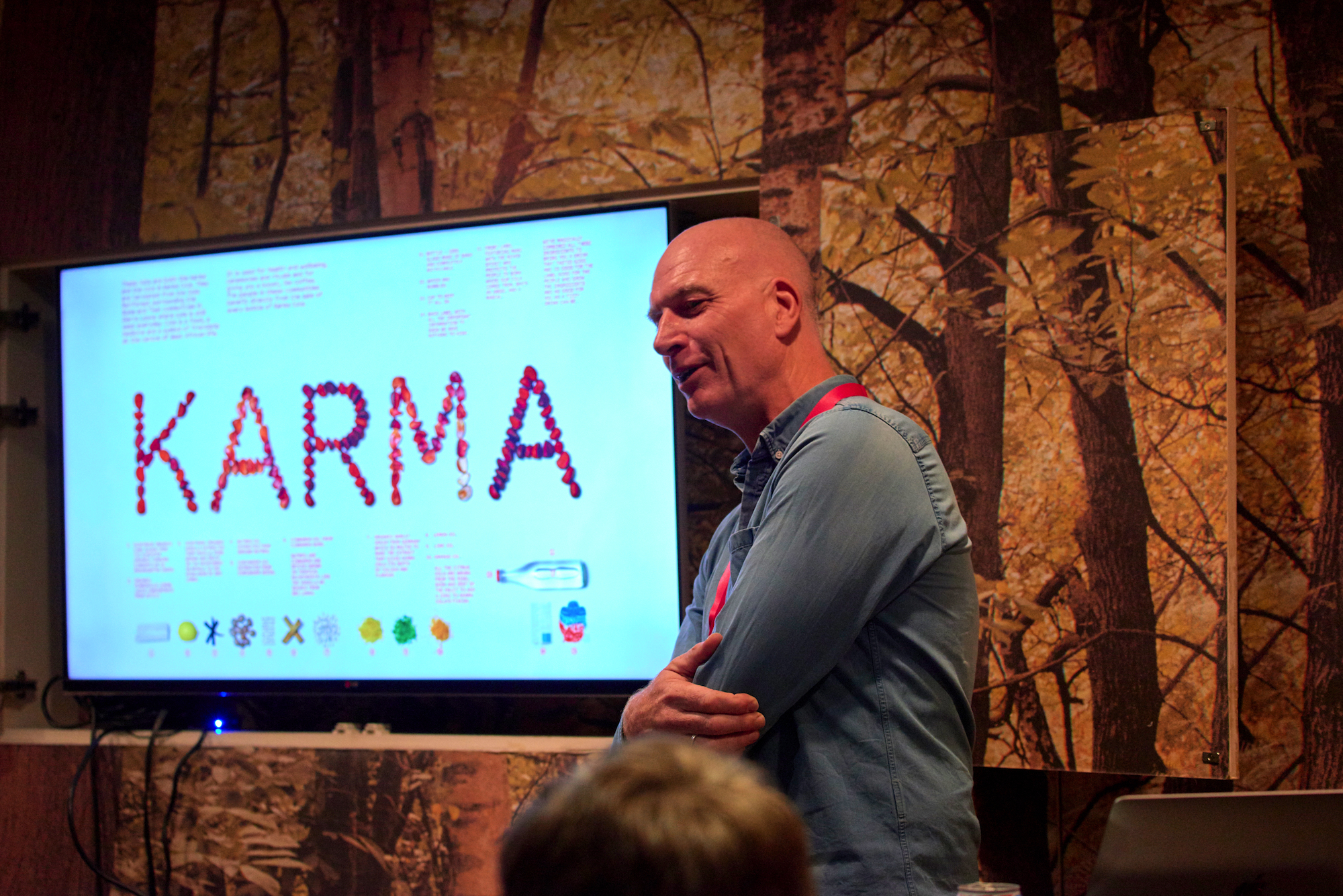 Simon from Karma Cola took us on a journey of swings and misses. From black and delicious Samoan bananas they couldn’t sell to figuring out how to make delicious and ethically nutritious beverages to rival the best and give back to communities usually overlooked. What happened was Karma Cola, and very good it is too (he brought us free samples, yessss).

Simon talked to us about the evolution of ideas and the cycle of failing and trying that had to happen before they landed on Karma Cola. What they did know was they wanted to make a difference in the world and by sticking to that principle they found people had a willingness to help, to support a project and invest in a good idea.

Kresse also talked about trial and error – no one would take on the manufacturing of their bags because of how specialised the work was, but they never gave up and found a win/win outcome in having their bags manufactured in UK prisons.

Likewise, Trewin and Hubbub came across many faults in the road while designing their various litter solutions. Levers on bins that broke when children played on them, tech that fell apart when the bins were emptied, strategically placed bins that no one used. But it only fuelled their fire. It drove them on to achieve great things.

Saasha Celestial-One spent her childhood reclaiming and recycling other people’s discarded items. Her business partner Tessa grew up on a dairy farm. Both intrinsically know the value of food. When they developed the idea of OLIO, the food-sharing app, they believed in it so fiercely they gave themselves just a year to get it off the ground and prove its worth.

‘Food waste is insane’. 30-50% of the world’s food waste problem is down to household food waste, meanwhile 800m people are malnourished and 5.8m people live in food-insecure households. The smallest steps can make the biggest change and Saasha and Tessa believe that, if people could just communicate better, we could eradicate that household waste.

Of course they had their skeptics and challenges. The pair had to create a marketplace, a challenge not for fainthearted. But OLIO is now used by 41 countries across the globe and has saved 85, 303 (and counting) meals from going to waste and has testimonials like these thanking OLIO for restoring their faith in humanity. 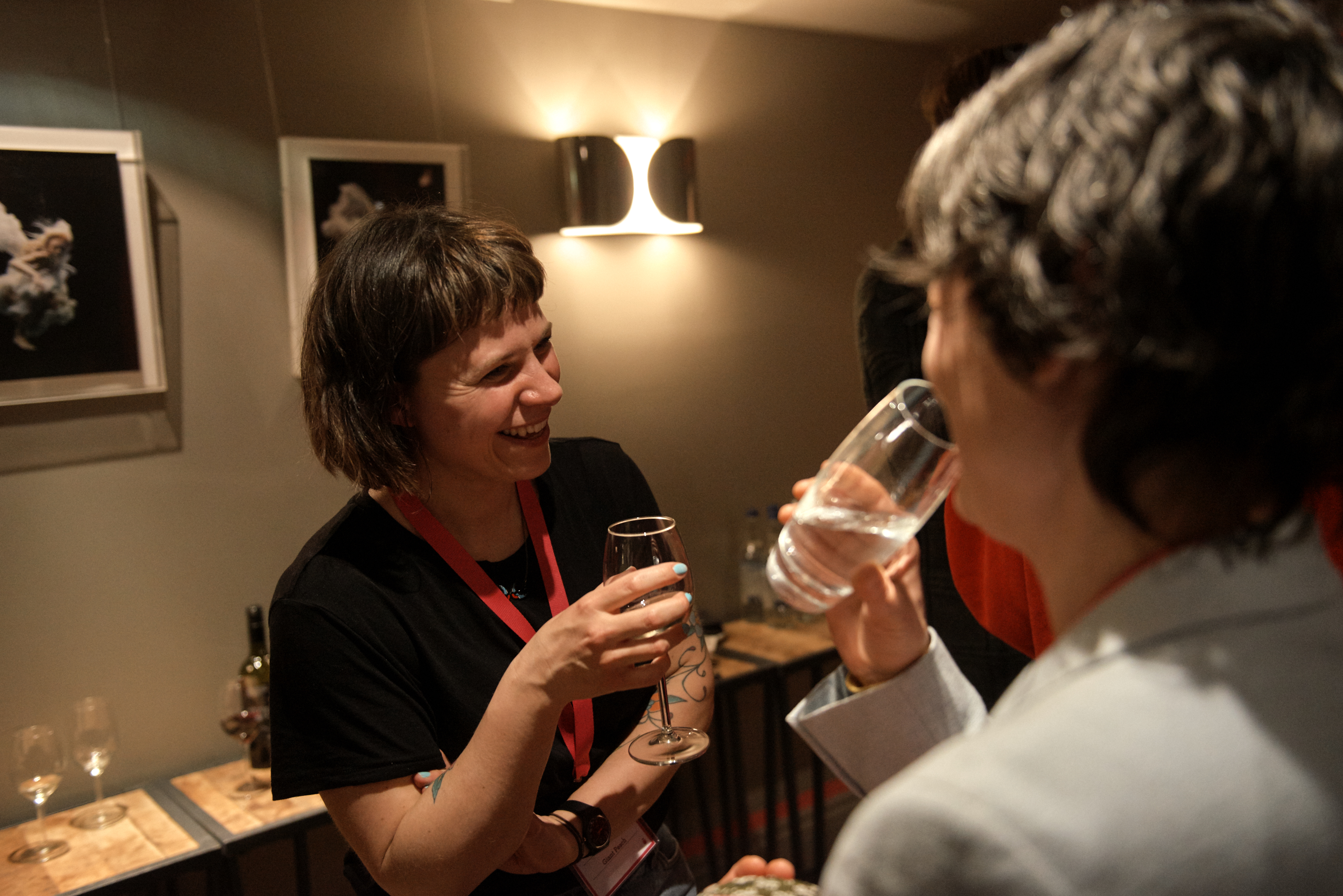 Each of our 4 speakers had incredibly inspiring stories to tell with the big themes being be brave, be bold, honour your values and never give up. If you’re a business that could use a hand taking the small steps to huge leaps of change, give us a shout.